Builders will be invited to social housing 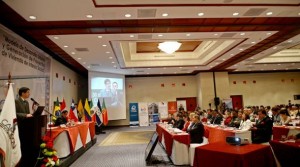 The government will make the first calls to private companies in order to submit their proposals to build new homes in two public lands.

Diego Aulestia , Minister of Housing and Urban Development, referred to the promotion of new housing construction, in addition to a home improvement plan, and other rental properties plan in partnerships with the private sector.

About the new homes, Aulestia said that more than 8,000 bonds will be delivered in rural and urban areas this year. He also highlighted that they are simplifying requirements for the approval of social housing projects.

“Initially, these projects , given the need for a boost from the state, are going to be developed on public land, but establishing partnerships with builders,” said Aulestia .

Jaime Rumbea , Director of the Housing Developers Association, noted that the rental properties issue would be analyzed in greater depth and that any initiative should be stable over time.

Ecuador has a labour attraction for national medical