Bureaucrats, as expensive as all doctors 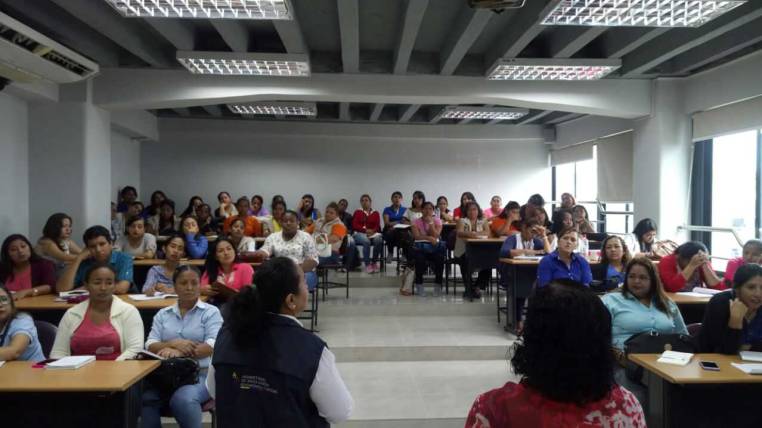 When the urgency to apply a strong adjustment to public spending to straighten the economic course becomes acute, the gazes automatically focus on the size of the State and on the same pay. Ecuador every year to maintain more than 530,000 public officials assigned to the annual budget. In that task, EXPRESO has agreed to the breakdown of the figures of expenditure on personnel of the institutions that has the cost of maintaining 78,762 bureaucrats during a year is almost the same as Ecuador spent on doctors, taking into account that the Ministry of Health It has 81,900 people on the payroll.

For the former, the annual budget of 2018 is 1,543.8 million dollars and for doctors and employees of the Health portfolio, the sum reaches 1,605.9 million dollars, according to a crumbled report on 135 public entities of the Observatory of Fiscal Policy of the Ministry of Finance.

In comparison with the total personnel expense (current and investment) for the year 2018, public officials receive 15% of the 9.955 million dollars that the government of Ecuador allocated to this item. The remaining 85% of the amount budgeted to pay public employees assigned to the Ministries of Education, Health, Defense, the Police, the Judicial Council, the Prosecutor’s Office or the Traffic Commission.

That is to say, it is mainly dedicated to policemen, judges, doctors, professors, prosecutors or traffic agents. Although in the Executive are those ministries that add more officials, there are five portfolios in which the majority of the rest are concentrated. Discounted military, doctors and teachers, it is the Ministry of Economic and Social Inclusion that gives off with 10,377 employees enrolled that raise their annual expenditure to 129.1 million dollars. Together with Interior (3,830 employees), Justice (3,239), Transportation and Public Works (2,172) and Foreign Relations (1,898), it concentrates up to 21,516 bureaucrats fed with 343.2 million dollars this year. In the other 15 ministerial departments, less than half are employed: 10,092 people. And for them, this year funds were allocated for 190 million dollars.

In order to choose the job, the MIES is the least, offering a service with an annual salary of 12,449 dollars, that is, around 1,000 dollars a month. While in areas related to service abroad, salaries are more attractive. The average among the 1,898 employees and the 71,92 million dollars budgeted for this year, a monthly payment of 3,157 dollars and posts to the officials of the Ministry of Foreign Affairs among the best countries of the government. Foreign Trade ministries follow with $ 26,830 per year or $ 2,235 per month.

But the report of the Observatory of Fiscal Policy, in addition to the Executive’s portfolios, the collection also the personnel expenses of another centenary of public institutions and in the world ranking of public officials who are in the Technical Secretariat of the Coordination Committee of the Transparency and Social Control Function. For this area, the budget allocated almost 139,000 dollars this year, which gives an average of 69,500 dollars of salary per person, close to 5,800 dollars per month. It is followed by the Foreign Ministry, with a monthly average of $ 3,157 and the Institute for Promotion of Exports and Foreign Investment Proecuador, with $ 3,122 per month per official.

The ranking of officials

The two employees are assigned to the Technical Secretariat of the Coordination Committee of the Transparency and Social Control Function and an annual budget for personnel of $ 138,969. That equates to an average of almost $ 69,500 for each, if the salary was distributed equally between the technical secretariat and his assistant.

The entity with the highest charge for spending on personnel, in the budget for 2018, is the Ministry of Education. Assigns the roles $ 2,545 million. If you discard the entities dedicated to social services, which are the ones with the highest number of officials have the same capacity as the MIES with $ 129 million.

Likewise, the Ministry of Education, with 186,600 seconded officers, is the largest portfolio. If teachers, doctors, police, judges, etc. are excluded, the public entity with the most bureaucrats is also the MIES, followed by the Interior (3,830), the Senescyt (3,400) and the SRI (3,304). (I)