BREAKING NEWS
Ecuador and Spain work on actions to recover tourism
Julio Muñoz: “Thanks to the Ecuador Digital policy, the country was prepared to face the health emergency”
Looking at markets and competitors, the MAG today sets the price of a box of bananas for 2021
Electoral body will implement smart video surveillance for the 2021 elections
Decentralized Operational Center is already operating in Guayaquil
Abdala Bucaram’s trial was postponed to November 9
Ecuador seeks a space in the world market for the vaccine for covid-19
CNE Ecuador: “We cannot allow candidates with a crown to exist”
Fernando Alvarado still has accounts to settle for illicit enrichment, embezzlement and other crimes
Pichincha Court ratifies preventive detention against former Transport Minister 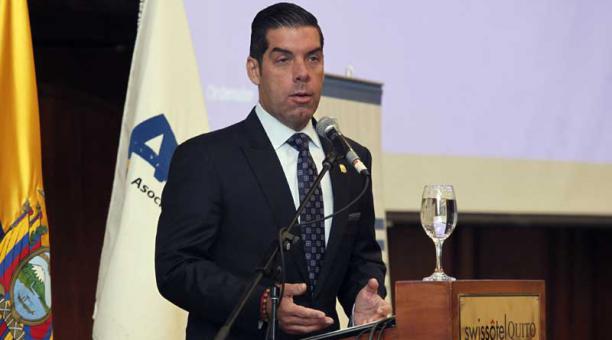 The new hiring of personnel under the modality of occasional services in the public sector is prohibited, as of July 1 of this year and throughout 2019, said yesterday (Tuesday June 26, 2018) the Minister of Labor, Raúl Ledesma .

The provision is established in a circular of the portfolio of Work, dated June 25, which reached the human talent units of some public entities. Ledesma indicated that the document ratifies the Decree on the Optimization and Austerity Rules of Public Expenditure, issued in September of last year.

“The objective is not to continue increasing the size of the State,” said the Minister. Although the head of Labor acknowledged that the measure will not generate savings, said that these hirings will no longer generate additional costs.

According to Ledesma, occasional contracts allow for replacements, but no additional hiring, except in duly justified cases, such as health or education. The Labor authority, the Ministry of Finance and the Secretary of the Presidency must approve the contract.

Currently there are more than 70,000 public servants who work under the modality of occasional services, according to Ledesma. The circular also establishes that no public entity may exceed the term of 12 months with this type of contract; that is, you cannot allow the subscription of documents carried over, with the same person or another to meet the same need.

For those contracts that end in December, the owner of Labor stressed that if it merits renewal of the contract, a provisional appointment will be made. He also indicated that “many of the contracts (under the occasional modality) have to go through a contest of merits and open opposition, for having exceeded the year”. To comply with the provision, the ministries already have a schedule of activities for the execution of the contests, which is expected to begin next month. “Until December we expect to have 60% of the contests concluded,” said Ledesma. (I)

Julio Muñoz: "Thanks to the Ecuador Digital policy, the country was prepared to face the health emergency"