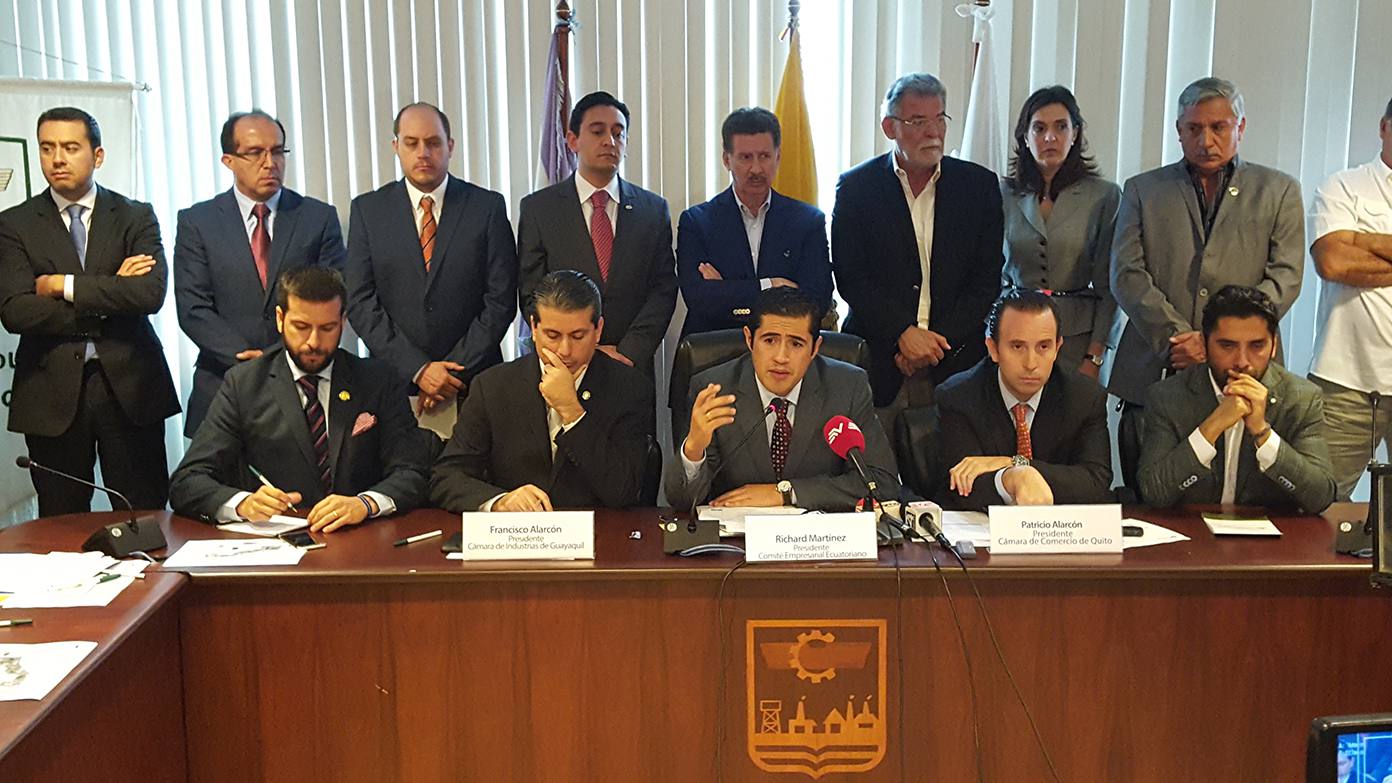 84% of a group of companies totaling $ 10 billion revenue have recorded a decrease on their sales in the first quarter of the year compared with the last three months of last year.

This is part of the results of a survey conducted by the Ecuadorian Business Committee (EEC), made public yesterday by its chairman Richard Martinez, to show the situation of the productive sector before tax reforms implemented by the Government.

The latest, the Law on Solidarity and Citizen Co-responsibility, that among other points provides a VAT increase from 12% to 14%, reached yesterday the Official Gazette and is expected to be published today.

According to the study, the factors that influenced the results of this first quarter are the lack of liquidity (34%), the increase of uncertainty and distrust (19%), and high costs from taxes and trade restrictions (19%).