The Tagaeris, the unique uncontacted people of the Amazon 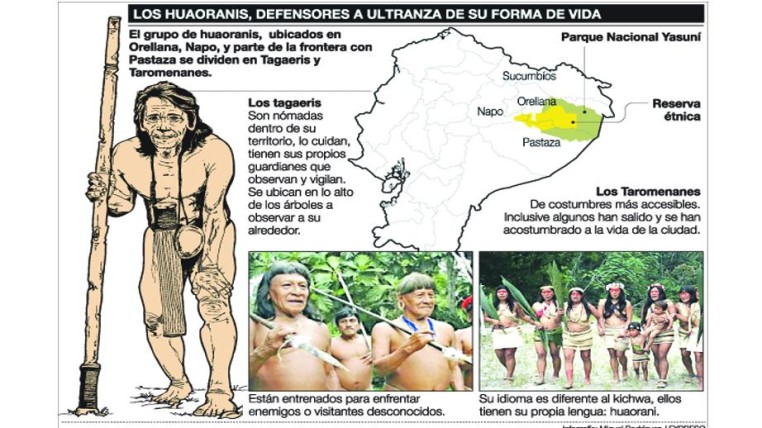 Despite the passage of time and with the advent of modernity and technology, these indigenous people have remained as an uncontacted community; they are the Huaorani.

According to Naichap Wampanti, leader of the Shuar indigenous youth, they are split into two groups: Taromenane, who have already been contacted in part; and the Tagaeris, whose territories have not been accessed due to the danger this poses.

The Taromenane currently live in the Yasuni park, they closely resemble the Tagaeris, but they are already contacted gradually.

The Tagaeris live deep inside jungle territories, around the border with Colombia, they are practically not seen; however, it is well known they take good care of their territory as an independent and untouched people.