CAN suspends decision issued in Lima 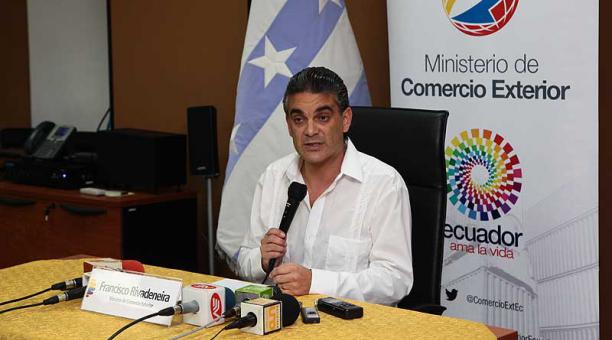 The Andean Community of Nations (CAN) temporarily suspended Resolution 1695, emitted last June 6 , in Lima, Peru; which set a deadline of 15 days for Ecuador to lift the measures through Resolution 116 of the Comex, which is in force since December 2013. This resolution was issued by the Minister of Foreign Trade, Francisco Rivadeneira.

Rivadeneira revealed that the Secretary General of the CAN Pablo Guzmán sent yesterday an statement that announced the decision and a review date of the resolution until July 24.

He also denied the fixation of alleged tariffs to Ecuadorian products in Peru as a response of that country to Resolution 116. Heexplained that what Peru has disposed to some Ecuadorian products is a measure of source doubt by which a guarantee should be canceled until the origin is confirmed to avoid paying tariffs.