Captain America will be African American 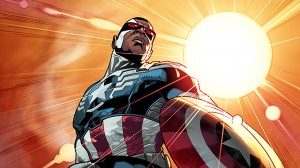 In recent years, Marvel Comics and its rival DC Comics have undertaken changes in their stories, breaking milestones. After the announcement of Marvel, that Thor will be represented by a female character, it came out a drawing of the new Captain America, this time, an African-American descent, whose name is “Falcon.”

The suit of this superhero is similar to his predecessor, in which is evidenced the American flag. Sam Wilson is the name of this character that at the moment will only have life through comics, while on the big screen Chris Evans will continue playing Steve Rogers.

Justin Bieber will go to court on August 5