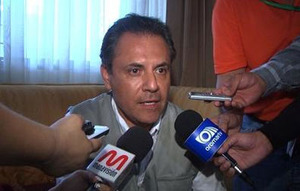 The superintendent of Information, Carlos Ochoa, received a new complaint against the newspaper Extra. Representatives from the Polytechnic School of Chimborazo, of the National University of Chimborazo, and the legislator Mauro Andino, asked Ochoa to analyze an alleged “bad management of the newspaper Extra,” following the publication of last November 22, regarding a transit accident where the director of the Universidad Politecnica, Romeo Rodriguez, and public relations, Carola Donoso died.

The complainants argue that the Communications Act would be violated with regard to the prohibition of images that affect the honor and reputation of individuals. Since the newspaper posted “a photograph of the body of Rodriguez. An image that violates the dignity and integrity of the deceased and that goes against the ethics of journalism.”

Several months ago, the Council made ​​a warning for the printing of a publication of ” discriminatory content” from other complaints.