Cell phones without charge will be prohibited in some flights to the U.S. 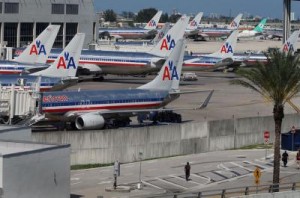 The Transportation Security Administration of the United States will forbid the entry of cell phones and electronic devices on planes with destiny to America in some foreign airports if these items are not charged.

The new measure is aimed for strengthening security amidst concerns that the group Al Qaeda in the Arabian Peninsula, based in Yemen, and the Islamist Front Nusra, an affiliate of Al Qaeda in Syria are planning to blow up a plane with passengers, U.S. officials said.

The Administration of Security and Transportation of the United States fears that a cell phone, a tablet, a personal computer or other electronic devices could be used as a bomb.