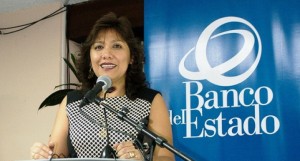 The Government’s announcement on the revision of subsidies to municipalities will not affect the credits granted by the Bank of the State to local governments.

Manager Verónica Gallardo said that assignments that correspond to the autonomous governments will not be affected and clarified that these resources increase in the same proportion as the State revenue.

But she insists that the Municipalities must comply with the obligation to update its land registers as stated in Article 139 of Cootad. The clause in question states that the formation and management of urban and rural real estate cadastres correspond to municipalities.