Chancellor Merkel will travel to Ukraine for addressing local conflict 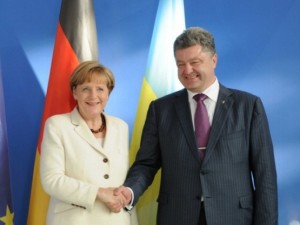 German Chancellor Angela Merkel will visit Ukraine on Saturday as a guest to strengthen support to the local government in its fight against the pro-Russian rebels in the east of the country.

During the visit, on the eve of the celebration of the Independence Day of Ukraine, Merkel will meet with President Petro Poroshenko and Prime Minister Arseny Yatseniuk.

It is also scheduled that Merkel holds meetings with the mayors of some Ukrainian cities, reported the office of the Chancellor.

“The current situation in Ukraine and the relationship with Russia will be at the heart of all the talks,” her office said through a statement.

Merkel spokesman Steffen Seibert, said that the official wishes to speak in Kiev on “concrete possibilities to support Ukraine in the crisis.”