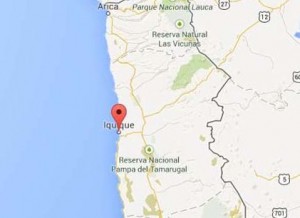 A replica of 7.6 has activated the alarms again on Wednesday before midnight in Chile.

This new quake, located in the north of the country, had not had significant consequences.

Despite the tsunami warning, this has not occurred, while the ONEMI (Chilean Emergency Office), reported that after the replica no personal or infrastructure damage have been reported.

The quake also generated alerts and evacuations in Peru, where neither damage has been reported.

The President of Chile, Michelle Bachelet, who in the early hours of yesterday morning traveled to Iquique and then towards Arica, on the border with Peru, was taken around midnight to a safe area and left her hotel in Arica, which was only 40 meters from the sea.