Chile will maintain its ambassador in Peru 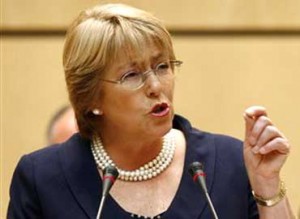 “The ambassador is going to stay for a few days, working with the Ministry of Foreign Affairs to answer this new note” Bachelet told a news conference.

The Chilean Ambassador was called to consultation in February to respond to a letter of protest to Peru sent for the alleged espionage case of three Peruvian sailors, arrested after being accused of having sold information to Chilean agents between 2005 and 2012.

Peru announced the call of the Ambassador Fernando Rojas, from Santiago. Given this,Bachelet responded: “Each government makes decisions that concerns him, and we will not comment about it.”