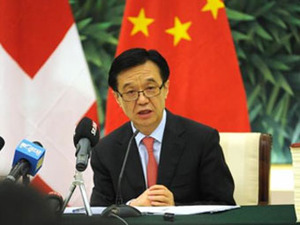 Since yesterday, China took another historic step after opening to the world its economic and financial system, this was done by means of the new free trade zone in Shanghai, an experimental area to revolutionize its own weight in the world economy.

After a ceremony attended by the Minister of Commerce, Gao Hucheng, along with the General Secretary of the Communist Party of China (CPC) in Shanghai, Han Zheng. The new area will have started its operations and special rules aside from the rest the country until at least 2016.

The Chinese government maintains that the idea of this is that for three years the area would serve to test economic reforms and a system of regulations that allows to carry out a more successfully aperture steps as explained Dai Haibo, deputy secretary general of the Government of Shanghai.

According to the area Haibo serve as “an experimental field for testing economic reforms” and promote greater development through international trade.

United States does not overcome the financial crisis