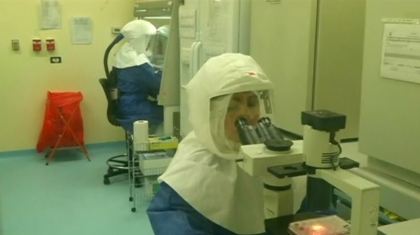 A Chinese pharmaceutical company, in collaboration with the medical Popular Liberation Army (PLA), has developed a system of rapid detection of the Ebola virus.

The product is ready for its production and large scale distribution in the hypothetical case that the virus is detected in China, though it is a remote possibility.

Meanwhile, Liberia faces a moral dilemma from yesterday, August 14: to decide which Ebola patients will receive a few doses of an experimental drug that could mean the difference between life and death.

The ZMapp medicine arrived on Wednesday 13 August. The government had said that two doctors would receive the treatment, but yesterday it was reported that two patients received it.

Severance Fund members are prepared to dialogue with Correa