Negotiations for the purchase of argentine debt fail 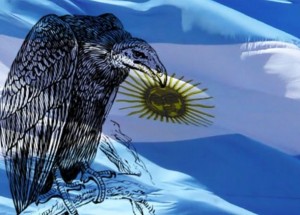 The rapprochement between hedge funds NML, Aurelius and a group of Argentine banks failed in an attempt to buy part of the defaulted debt.

“None of the proposals we received was even remotely acceptable,” Aurelius said.

The banks involved were Citigroup, Deutsche Bank, HSBC and JP Morgan, on one hand, and investors who sued Buenos Aires, led by Elliott Management and Aurelius Capital, reached a deal this week.

“The entities that made ​​those proposals were not prepared to cover more than a small portion of the payments they wanted us to accept.”

For its part, Argentina yesterday described as “international mafia” to hedge funds that litigate against the country in the U.S. justice, into a new verbal escalation after the failure of recent negotiations to resolve the dispute over Argentine bonds defaults.