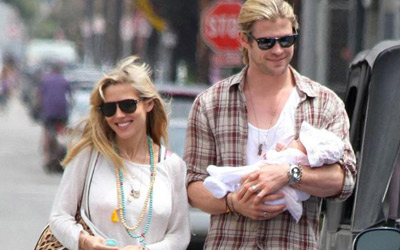 Chris with his family

The Spanish actress Elsa Pataky and the Australian Chris Hemsworth, who plays the superhero Thor, are waiting for their second son, thus confirmed an article published in HOLA! Magazine, which indicates that the pair of actors will receive their child next spring, because Pataky has three months of gestation.

Hemsworth and Pataky, who have been married for three years, became parents the first time in May when India Rose was born. Hemworth, during a past interview with E! News, said that one of his best experiences has been bringing a son into the world.

“Be a parent has changed me, and made me a better person. It has made me look at things from a different perspective. I think that I am a much better person than before,”said the actor.