Cinthya Coppiano and Tábata Gálvez, to the tables in January 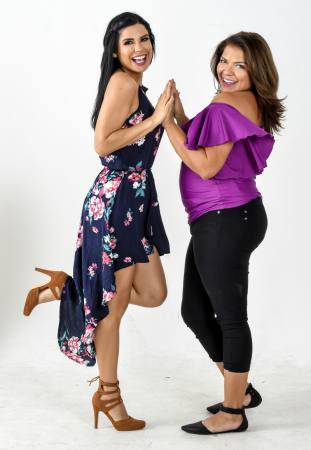 A few months ago, the actresses Cinthya Coppiano and Tábata Gálvez joined talents to relaunch the collection of an Ecuadorian intimate clothing line through a play. Now they return with the same comic production, but at the national level.

In short order, name of the proposal they submitted, will be carried out in different cities in the country in 2018.

The story addresses the love problems that Dorothy, played by Coppiano, has with her boyfriend. The work takes place in a club bar.

During the plot he meets the disco bartender (Gálvez), with whom he will share his situation, between comedy and a bit of drama.

The idea arose, says Coppiano, when he received the call to be the image of the brand. There, he says, he proposed the idea to Pablo Villacís, representative of the company. “I told him: why don’t we make a play instead of a parade, which is typical? And I proposed the names, “says the also presenter.

The cast is completed by Fernando Villao and Carmen Angulo, who, in the words of Coppiano, were the ideals to make the staging a success.

For Gálvez, using a bathroom as a stage of the story gives a special touch to the work.

“Everyone makes women talk in a cabinet, because we were more real and the conversation took place in a bathroom,” she says.

The message of the work, says Gálvez, is to express that women can get ahead before any adversity of love, which is not only the housewife with her head down.

Next year the two protagonists of this story have different paths to follow. Coppiano will participate in a movie in Peru, which will begin recording at the end of January. The key to his success, she says, is to work in silence and make sacrifices.

For her part, Gálvez believes that his cycle in television ended at the moment. Meanwhile, she says he will dedicate herself to theater and does not rule out working with her brother Marcelo. (I)