Citizenship will decided the remodeling of the Olimpico Atahualpa Stadium, according to Glas 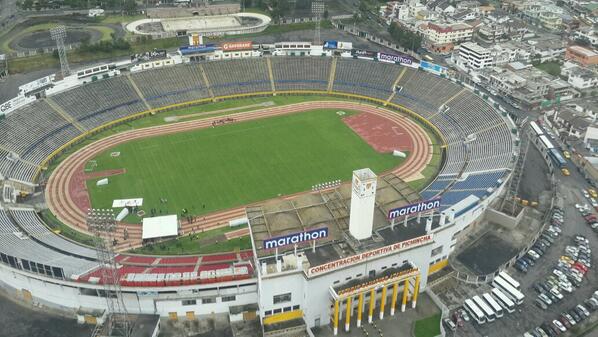 The Vice President Jorge Glas raised yesterday in the weekly address, in the Cayambe canton that the citizenship will decide the remodeling of the Olimpico Atahualpa Stadium of Quito, which will cost $ 80 million and will be ready in 2016.

“There is a commitment of our fellow President (Rafael Correa) for remodeling, but you have to give your opinión because there are many people in this country who says no to everything … Let the Mayor of Quito (Mauricio Rodas) give his opinion, because he is legallyinvolved …” Glas said.

For Glas, giving the chance to the citizenship in Ecuador to give its opinion will prevent what happened in Brazil, home of the World Cup, where people protested against the high costs of remodeling and construction of stadiums before the sporting event.

The Vice President emphasized by saying, “We are aware that there are priorities but this stadium has more than 60 years and is where our National  team plays, which is the pride of Ecuadorians and it will be an architectural work for Quito” he said.