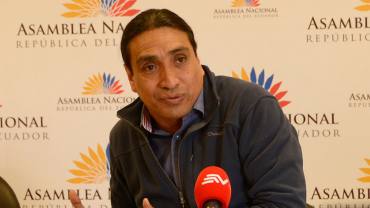 The directory of the IESS (Biess) will remain with its four members, although the draft Organic Monetary and Financial Code raised it has to be composed of five members, three from the Executive, from the Social Security one member and one retiree.

Currently it is composed by the President of the Directing Council of IESS, a representative of the Presidency of the Republic, a delegate of the members and another representing the retirees.

The Commission on Economic System of the National Assembly approved the first report of the first debate of the draft Organic Monetary and Financial Code on Friday.

Oswaldo Larriva, Assemblyman of Alianza PAÍS (AP) and the President of the legislative commission, said yesterday that the current composition of the board of Biess is more equitable.