Civil Registrarion Computer System is being evaluated by the Comptroller 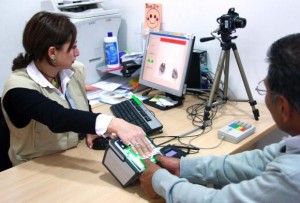 The Comptroller General’s Office keeps an eye on the operation of the computer system through which the Civil Registration issues the identification cards and other public documents.

The organization analyzed by a special exam the legal and technological aspects of the software implementation of the computer program called Magna, hired by the General Direction of Civil Registration and Identification (Digercic), which has been operational since March 2010.

The Comptroller Information Technology Audit Direction reviews the contractual and pre-contractual process, the execution process and the equipments receipt.

In addition, it studies the deliveries of related supplies to users or trustees of the entity, integration services and software maintenance for the modernization project of the the civil registry in the country.

According to the research, there are suspects who have entered to the civil registry system and recorded false information for the entry of Chinese and Cuban citizens, to give them false identification papers with Ecuadorian nationality .