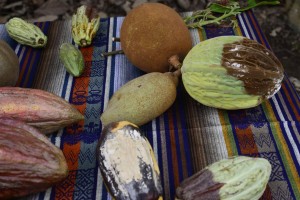 Exemption from the advance income tax (IR) payment and extra terms to pay loans obtained for their activity are the requests Adriana Lucas, executive director of the National Association of Cocoa Exporters of Ecuador, makes to the Government.

At the opening of the Third World Cocoa Summit in Guayaquil, the Vice President, Jorge Glas, said that 10 thousand tons of cocoa have been lost due the Monilla and Witches groom pests, which represents 4% of the production this year and the government has invested $ 4 million in kits to combat them.

Javier Villacis, manager of the Coffee and Cocoa Project of the Ministry of Agriculture, Livestock, Aquaculture and Fisheries (Magap), said they are working on a contingency plan for the cocoa sector in which several issues will be addressed. This would be presented by Minister Javier Ponce, he said.