Colombia maintains that the U.S. support is not recent 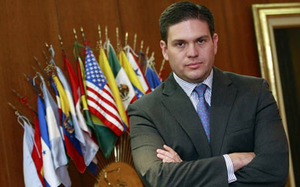 Juan Carlos Pinzon, the Colombian defense minister said last Monday that the intelligence and logistics partnership with the United States is not new. These statements came after the controversy over a report by The Washington Post, in which the CIA was a support piece for operations against the Revolutionary Armed Forces of Colombia (FARC) during the attack in Angostura (Sucumbios).

“The truth is that everyone knows, this is nothing new, we have a very strong partnership with the United States,” said Pinzon on a report that the Colombian government received from the National Security Agency (NSA) on military operations against the FARC leaders.

“Such cooperation has been on intelligence and special operations and we have the cooperation of other nations and thanks to this cooperation Colombia has grown stronger,” added the minister.

Israel demands an explanation from the U.S. for the reports on NSA espionage