Concerts are canceled for hospitalization of Miley Cyrus 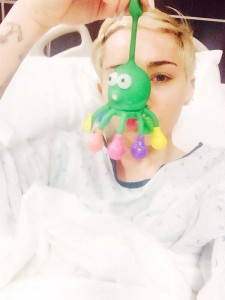 The value of tickets for canceled concerts because of Miley Cyrus´s health, will be returned

Miley Cyrus, teen singer, remains since Tuesday in the hospital due to an allergic reaction to medication. The artist posted on her Twitter account: “The hospital is sayin i wont b released today therefore Im not going 2 make it 2 St Louis. Im so sorry but somethings are outta my control”, regarding the cancellation of the concert she was going to give in St. Louis, Missouri.

The singer, who is on tour in the United States, has had to cancel some shows by her health. Bangerz Tour began on February 14 in Vancouver, Canada, which has led presentations of the former Disney star in dozens of scenarios in North America, to continue her tour in Europe between May and June.