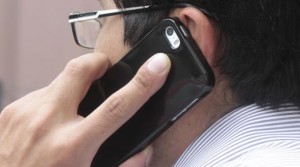 Concession contracts to povide the spectrum for the deployment of the 4G LTE network were not signed last year with Movistar and Claro, as the Ecuadorian government had planned.

Augusto Espín, Minister of Telecommunications, said that negotiations continue “advancing and they are negotiating documents. We expect to close the negotiations in January (…) The most important conditions are somehow agreed.”

“It is missing to define a clear document that reflects the negotiation; That takes a little time (…) operators must also define these issues at a shareholders meeting held periodically, it also depends on their times,” said Espin.

Espin added that they are closer to reach an agreement with Movistar, but negotiations are also well advanced with Claro.
Currently, the National Telecommunications Corporation (CNT for its Spanish acronym) is the only operator that provides this service of mobile broadband navigation in the country.