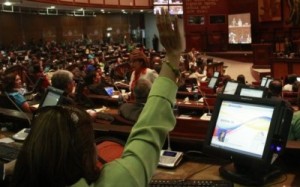 At least fourteen laws would be directly related with the first draft constitutional amendments submitted by Alianza PAIS (AP),which would require reforms.

Among the issues addressed are: lowering the age to be a presidential candidate, from 35 to 30 years old and the indefinite reelection for all the popular election officials. These bills would change the sections of the Code of Democracy.

In addition to changes to the Comptroller´s office to not perform management audits and the Public Defender, so its structure can be decentralized, the laws of these two institutions will be modified; although, in the case of the new Law of theOmbudsman´s office, the Assembly is pending to approve it on appeal.

The proposed change for the regulation of public workers be made through the Public Service Act and not by the Labour Codewould also modify these rules.