Snowden is awarded “Alternative Nobel” for his revelations 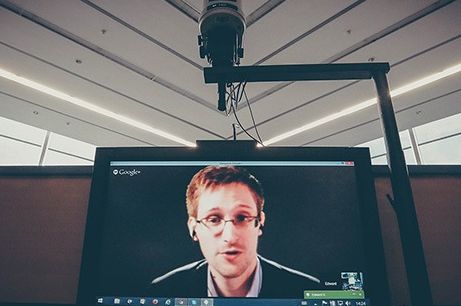 The former analyst for the US National Security Agency Edward Snowden today defended an “open” and “liberal” society when accepting the so-called “Alternative Nobel.”

“All this has to do with making our society safer, the freedoms that we have inherited. We can have open and liberal societies,” said Snowden, received with a standing ovation in the Swedish Parliament, where the ceremony was held.

Snowden admitted that it is “unlikely” that the changes he defends occur soon, although he showed his commitment with that fight and did not regret to uncover the massive spying plot of telephone and internet communications, conducted in the United States.

“Everything we’ve sacrificed has been worth it, I would do it again,” he said.

The former US analyst was honored for revealing state surveillance which “violates basic democratic processes and constitutional rights,” according to the ruling released two months ago by the Right Livelihood Award Foundation, based in Stockholm.