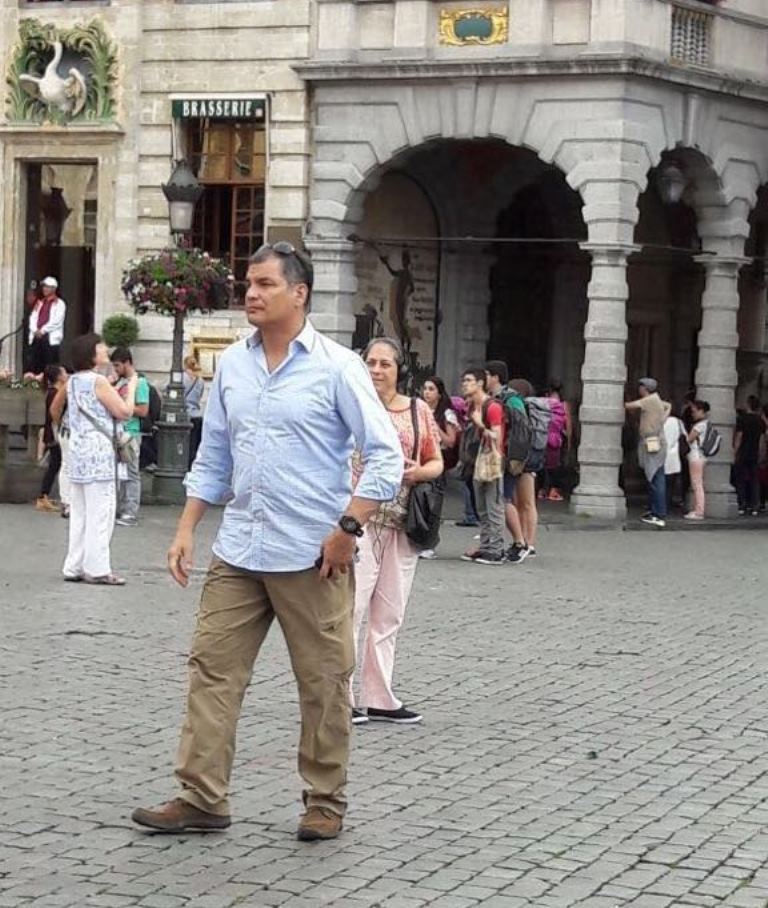 Former President Rafael Correa has accused his successor Lenin Moreno of “embarrassing appeasement” before Peru, after having suspended the unilateral construction of a wall on the border between both countries. Moreno made such a decision after Peru ordered the withdrawal of his ambassador in Ecuador, who was called to Lima “for consultations.”

Correa asked if Lenin Moreno’s next step will be to “return” the Manta Base to the US. “What a lack of character!” He said before describing him as “the man of dialogue.”

The former president is currently in Brussels. A photograph of him, visiting the Grand Place, in the center of the capital of Belgium has been spread through Whatsapp.

The decision to suspend the construction of the wall in Huaquillas has been announced in Lima by Chancellor Maria Fernanda Espinosa, who is at a meeting of foreign ministers. (I)

A ‘key’ week for the impeachment against Jorge Glas