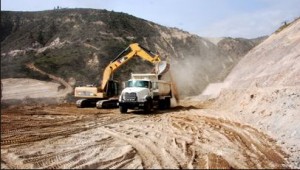 President Rafael Correa announced that a road toll will be charged in the way to Collas, which from July will connect the New airport Mariscal Sucre with northern Quito.

Correa noted that users of this road must pay this toll because “it has been an expensive route and it has a high cost to keep it”.

The president said that for private vehicles the cost will be “very cheap” and for trucks will be around $ 5, he justified this cost by saying that these heavy vehicles transport exports to the airport.

He added that with the Collas route all the people from Quito will save about 25 minutes in moving to Tababela airport.

According to the Ministry of Transport and Public Works, the investment was of $ 198 million.