Last Saturday during his nation-wide broadcast, the Ecuadorian president , Rafael Correa , said the opportunity to stand for reelection for a fourth term in 2017, will be a last resort that will depend on the circumstances of the moment and the degree of the “conservative restoration” or the progress of the political right-wing.

Correa also defended his decision to support a constitutional amendment in the Assembly on indefinite reelection for all elected positions, which announced last week.

Supporting the amendment in the Assembly “does not mean I’m going to launch for reelection, that would be the last resource,” remarked the president. “But if I have to (reelection), I’ll be where the historical moment demands it,” he added. 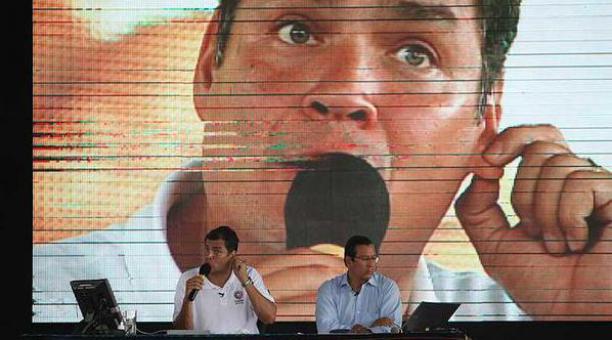 AP approved Code of Ethics for its movement