Correa seeks to change operating system of the IESS 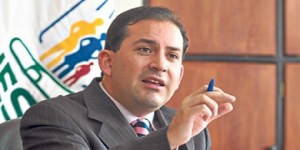 President Rafael Correa ordered on February 25 the accountability of the administrative management of the Ecuadorian Institute of Social Security (IESS) in the Caja del Seguro building in Quito. The appointment came during a meeting with the chairman of the entity, Victor Hugo Villacrés, and other government officials (Ministers of Social Development, Labor, Health and Finance).

At the end of the meeting, Correa gave no statements to the press and Villacrés justified his presence by saying: “The president, first, is a citizen, and second,he has the right to make the visit.”

According to Villacrés, an overall assessment of how the IESS is working was made. The Labor Minister Carlos Marx Carrasco, agreed: “We spoke about the organizational model of the institution. The current model is responsible for the problems that have existed,” he said.

However, he did not specified what will be done. “The work schedule is established. Over the next 30 days a lot of things will be run,” said the president of IESS without giving further details.

Habeas data is denied to widow of Gabela