On the second day of his “academic tour” on the United States, President Rafael Correa and his delegation held a conversatory with Harvard professors on the change process in the country and toured the facilities of the university.

From the Center for Latin American Studies “David Rockefeller” at Harvard University, the president referred to great issues that have marked the national transformation, such as the International Monetary Fund (IMF) and the World Bank, changes in the higher education system, among others.

In addition, the president visited the Wyss Institute of Engineering, specialized in biology, to learn about the research carried out there at the moment and its management model.

After a tour around several facilities of the Institute, the president and his cabinet moved to the Massachusetts Institute of Technology. 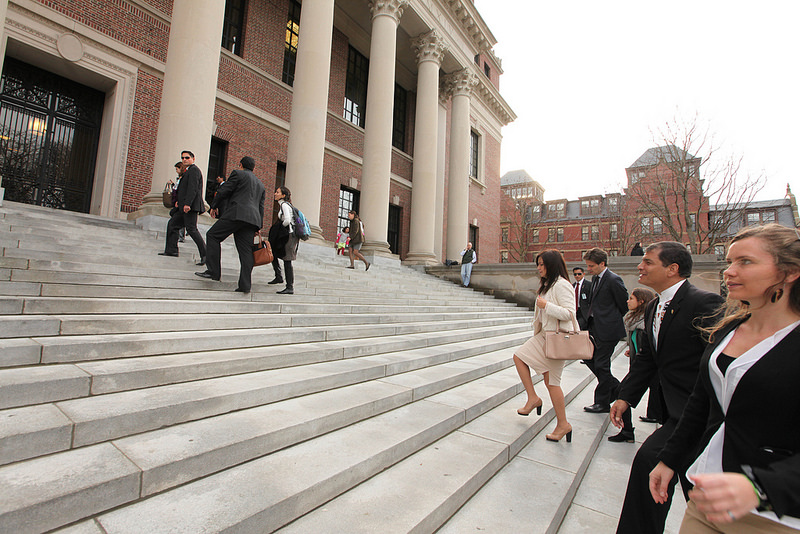