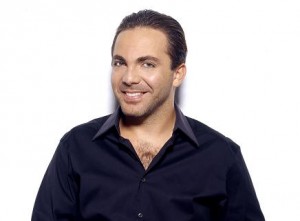 Mexican singer Cristian Castro arrives today to Guayaquil to perform the songs of his latest album, “Viva el Príncipe”, a production he began work in 2008 as a tribute to José José.

Castro will give three concerts in Ecuador, the first one will be tonight at 21H00 in Room A at Centro de Convenciones de Guayaquil Simon Bolivar. Tomorrow, the singer will travel to Riobamba to give his second concert at 20H00 in Raúl Dávalos Plaza de Toros. And on Saturday, Castro will be in Quito to give his third concert at 20H00, in Teatro Agora de la Casa de la Cultura.

“Viva el Príncipe” has 16 tracks, including the song “Lo pasado pasado” ,which is performed as a duet with José José, who also appears in “La nave del olvido” video.