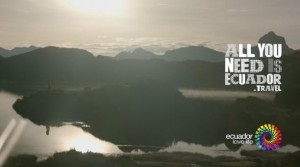 The advertising of Ecuador during the Super Bowl caused impact, generating numerous comments in social networks.

The reporter for KOMO 4 News in Seattle, Jeff Burnside, made one of the comments that most impacted. He said in his Twitter account: “Hello Ecuador, why would we travel there when your President says these hateful things against us? #AllYouNeedisEcuador “. His comment received 431 retweets and 135 favorites, plus differentes answers.

On the Ecuadorian commercial Drew Johnson, columnist for the Washington Times also commented. On his Twitter account, he said: “The losers of the #SuperBowl? #Ecuador Taxpayers, who just payed $ 4.5 million in a commercial when the Government is in arrears and the debt has skyrocketed.” That tweet had 58 retweets and 12 favorites.

The Minister of Public Administration, Vinicio Alvarado, who was the Minister of Tourism when this campaign was globally launched, did not concerned about the criticism. Alvarado said that for him, it worked: “It worked … it worked! # EcuadorPotenciaTurística” he said on his Twitter account.

Drivers are still circulating in Metroway rail despite sanctions