Snow storm in the US. causes the death of at least 11 people 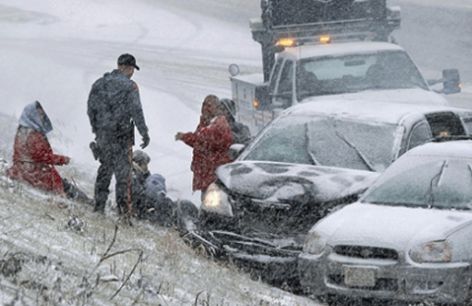 A new snowstorm has generated at least the death of 11 people on the east coast and in the Midwestern United States in traffic accidents caused by bad weather, NBC reported.

In the US state of Ohio a man died from a heart attack after removing snow with a shovel in front of his house. In Iowa, 67 years old woman died frozen in her garden.

Due to heavy snowfall between Chicago and Boston, dozens of thousands of people did not have electricity temporarily.

More than four thousand flights in the US were canceled, while four thousand were delayed. The weather service predicts more snowfalls for Tuesday.

“The storm will calm and the risk of more snowfall will be progressively reduced,” wrote meteorologists on Twitter. To the snow storm, moving to Canada, will follow a “hard cold.”

The most affected cities are Chicago and Boston. In the latter, the schools will be closed on Tuesday.