Culture Law remains as project in the Assembly since 2010 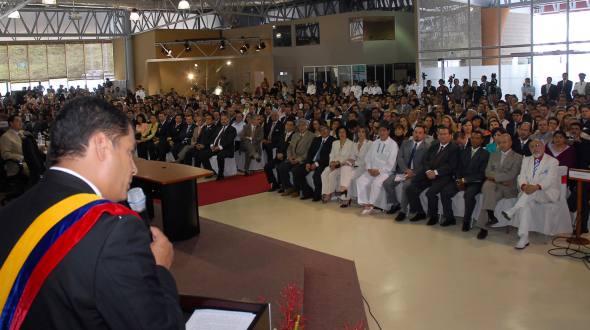 It’s been four years since the Law of Culture has not returned to be debated in the National Assembly. The hundred ruling party assembly members, a majority in the plenary, have not gotten this law to be approved.

The same law that should have been issued in October 2009, according to the second transitory provision of the 2008 Constitution. However, the proceeding in the Assembly is stuck with the presentation of a report for the second debate dating from June 8, 2010, which has not addressed in the plenary until now.

Gastón Gagliardo of Alianza PAÍS (AP), a member of the Education Commission in charge of the project, says that the destiny of the law is between the development of a scope to the report for the second debate requested by the Council on Legislative Administration (CAL for its Spanish acronym ) and the elaboration of a code of cultures as mentioned by President Rafael Correa in a weekly address.

However, last september Correa said that aspects were completed to elaborate the new Code of Culture and in the coming days itwould be sent to Congress, but so far that does not happen.

The ultimate internal work that made the Commission about four months ago on this law was to analyze all regulations involved. Among these are the Law of the House of Culture and executive decrees about the symphony orchestras, archives and libraries and the Biennial of Cuenca, according to Gagliardo

Ricardo Moncayo, CREO Assemblyman and member of the Commission, states that the project has a number of laws that directly touch the institutions.