Two American missionaries were infected with Ebola in Liberia 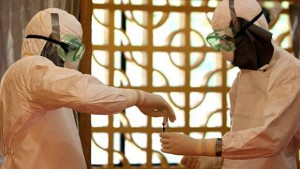 Two American missionaries were infected while helping to fight the hemorrhagic fever epidemic caused by the Ebola virus in several West African countries.

Samaritan’s Purse (SP) announced on its website that doctor Brantly Kent had been quarantined at the ELWA hospital in Monrovia, capital of Liberia.

“We are optimistic about his recovery, but he is certainly not yet out of danger” said SP spokesperson Melissa Strickland.

Nancy Writebol, member of the Christian charity organization SIM, was also infected by the epidemic.