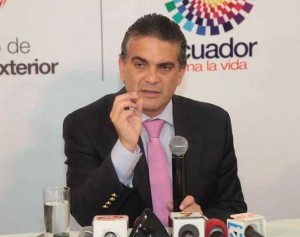 The Communication Department of the Ministry of Foreign Trade, said yesterday that the date for the second round of negotiations between Ecuador and the European Union (EU) to finalize an agreement for development is not yet defined.

Through dealings, the entity seeks to define the dates, which will be disseminated once given, the entity reported.

The first round of negotiations between Ecuador and the EU, was held in mid-January in Brussels, Belgium, five years after the negotiation process was interrupted.

The Minister of Trade, Francisco Rivadeneira, qualified as positive and constructive the first meeting, he also added that they are `ready to start a second stage.´ According to the agency, what was missing was reviewing the progress and the preparation for the second round.

Meanwhile, the political adviser to the delegation of the European Union in Ecuador, Mauro Mariani mentioned yesterday that the dates are a discussing issue.

Fair seeks to replace a 25% of imported toys for national