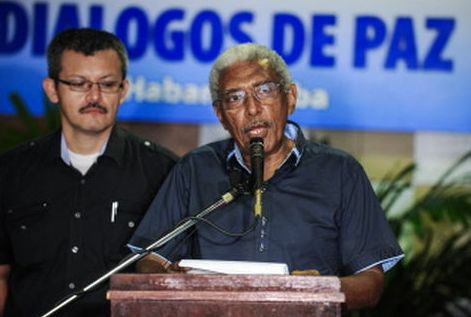 On Wednesday the FARC asked the Colombian government to declassify secret files on the armed conflict and get American confidential documents on the subject, so that the truth is known.

“The Government shall proceed to open official records and to the final declassification of confidential information on the various issues related to the conflict and its persistence,” said the guerrillas in a statement read to the press by commander Joaquin Gomez, one of its delegates in peace negotiations with the Colombian government in Havana.

Gomez said: “The opening of state archives (is) to clarify the truth” about the conflict, at a time when the peace process goes through the refusal of the FARC to spend “a day in jail,” a matter that complicates the government of Juan Manuel Santos, under the watchful eye of the international community.

The government delegation led by Humberto de la Calle, has still not pronounced on this FARC proposal.