Del Pacifico Refinery would be ready between 2018 and 2019 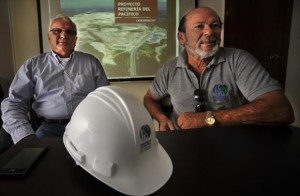 The Manager of the del Pacifico refinery, Bismarck Andrade, during the act of accountability to that entity on Friday, announced that the work would be ready between 2018 and 2019.

Andrade said that the search for funding has been the cause for the delay in the construction of this work.

Andrade added that the credit of 70% with the Chinese Industrial Commercial Bank is arranged by approximately $ 7 billion and $ 8 billion. The total amount is $ 11 billion.

“First, there must be a shareholders agreement among the members of the refinery, such as Petroecuador, PDVSA (Petroleos de Venezuela) and the Chinese company CNPC, so the attainment of 70% financing of the project contract is achieved,” he said.

Moreover, Andrade said that the refinery reached 11.7% of overall progress until last December.