Denmark: shooting in Islamism and freedom of expression forum left 1 dead and 3 injured 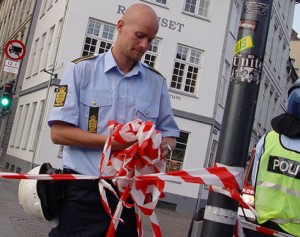 A civilian killed and 3 policemen wounded were registered on February 14 after a shooting perpetrated by 2 guys in Copenhagen (Denmark). The attack occurred during a hearing of the Ambassador of France, François Zimeray, and illustrator of Muhammad, Lars Vilks, where they spoke about Islamism and freedom of expression, as reported by the national media.

The French diplomat confirmed on his official Twitter account that is unharmed as well as has also survived illustrator Lars Vilks.

After the shooting, up to 5 ambulances were mobilized to the scene, the event entitled “Art, blasphemy and freedom of expression”. So far the severity of injuries of the 3 agents is unknown, published RT.