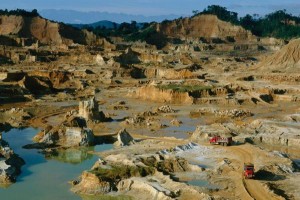 The governments of Peru and Ecuador reached an agreement on “joint operations against illegal mining and logging” in their common border, announced yesterday a source of the Ministry of Foreign Affairs of Peru.

The source noted that Peru and Ecuador plan to undertake “the establishment of a working group between relevant sectors to implement a coordinated response to the problem,” said the news agency EFE.

This was announced after Peruvian media reported on alleged tension in the Cordillera del Condor area “by the invasion of foreign loggers” to Peru.