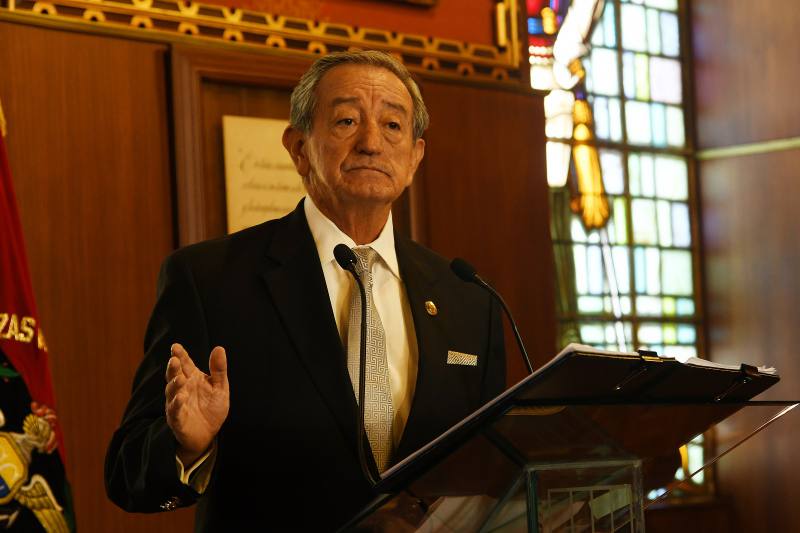 Ecuador and the United States agreed on the creation of a Security Cooperation Office that will be implemented in the next few days, Defense Minister Oswaldo Jarrin reported Thursday.

“When we are talking about the Security Cooperation Office, it is not a base, they will not be permanent here, there will be a plane that will allow us to obtain intelligence and will return, that is, a presence of three or four days and the plane returns, so that there is no idea, in any concept, that an installed base is made, “he said.

In this regard, Minister Jarrin alluded to article 5 of the Constitution and indicated that there “the establishment of foreign military bases” and “foreign installations for military purposes” is prohibited.

He said that the process is the responsibility of the Ecuadorian Air Force (FAE) and the Joint Command, so that the US presence is specifically to obtain and deliver information that will serve the interior and defense ministries.

He explained that a protocol will be made for the agreement by the Foreign Ministry and the Ministry of Defense in accordance with the Constitution and the laws of the country that prohibit the bases. “We received cooperation on a temporary basis and simply for the delivery of information, without there being a base in the country,” the minister stressed.

In a rendering of accounts for his first three months in office as Minister of Defense in this Government, Jarrin said that it is necessary to strengthen the operational capacity of the Armed Forces and for this it is necessary to make several acquisitions, and the budget, for the moment, would be $ 5 million, as part of a multi-year contribution.

Among the required acquisitions are six twin-engine helicopters, major and minor weapons, recovery of the operational capacity of the Shiite supersonic aircraft, modernization of two submarine units, recovery of the maritime surveillance system and expansion of the light transport infrastructure. (I)