Subsidies to gas and diesel cannot be touched 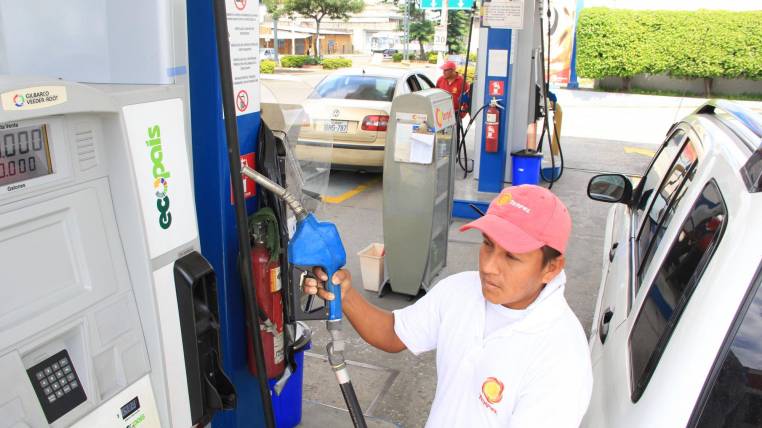 The Government draws up the scope of the subsidy review. The Minister of Economy and Finance, Richard Martinez, said yesterday that the subsidies for Liquefied Petroleum Gas (LPG), for domestic use, and diesel will not be reviewed.

The statements were made after a meeting held in Carondelet yesterday afternoon with the President of the Republic, Lenin Moreno, and the Minister of Hydrocarbons, Carlos Perez, to discuss options against a review of fuel prices.

The minister made it clear that the subsidies for gas and diesel will not even be focused. The announcement was made to reassure the public and avoid speculation.

That is, one of the options is to withdraw the subsidies to people who own high-end vehicles, but there is still no final decision.

The Minister of Economy and Finance said that the measure will seek not to affect people with fewer resources and will be applied to reduce the large fiscal deficit.

According to statistics from the Central Bank of Ecuador until May of this year, the amount allocated to subsidies for LPG and diesel for domestic fuel sales totaled 888 million dollars. In the same period of 2017, that figure reached 587 million dollars.

The debate on fuel subsidies jumped back to the table after Martínez himself pointed out that the Government is studying that possibility. Other government authorities have also issued their views on this issue, such as Minister Pérez.

Last Tuesday, Perez said that a review of fuel prices would have a guarantee from most of the population, after a survey they conducted.

Several economic sectors have made proposals regarding the withdrawal of subsidies. The Chamber of Commerce of Guayaquil said yesterday, through a statement, that if the Government withdraws subsidies must lower tariffs and taxes on vehicles to alleviate the impact of the measure, such as those that are charged annually in enrollment.

In the search to continue saving expenses, the head of Finance said that will continue to cut investment spending, ie the amounts allocated to public works.

He also ruled out that the government is currently negotiating an agreement with the International Monetary Fund (IMF). For now, the level of access to financing that Ecuador has in the Inter-American Development Bank (IDB) is analyzed.

From this funding source, it is expected to receive 190 million dollars through a free availability credit.

The financing needs for this year, said Martinez, remain at 11,000 million dollars and are still looking for resources.

Until July of this year, according to estimates by former Finance Minister Fausto Ortiz, the fiscal deficit reaches 1.5 billion dollars. (I)