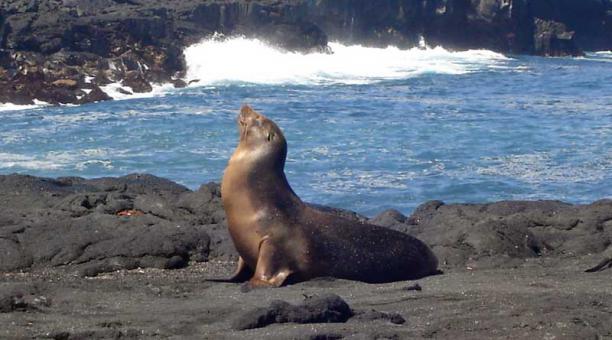 Ecuador celebrates today, Sunday March 18, 2018, the twenty years of creation of the Marine Reserve of Galapagos, which has an area equivalent to half of the land surface of the Andean country, according to the Ministry of Environment.

Tarsicio Granizo, Minister of the Environment, pointed out that the Reserve has 138,000 square kilometers “where extraordinary marine diversity is preserved and where fishing and tourism resources are obtained”.

Through his Twitter account, the minister greeted the staff of the site which, he said, is “the largest protected area in the country.” According to the website of the Ministry of Environment, the Galapagos Marine Reserve, “with an area equivalent to half of Ecuador’s land surface, is one of the largest in the world.”

The strategic location of the islands, at the confluence of several marine currents, generates a mixture of cold and warm waters that has allowed the arrival and establishment of species from different areas of the Pacific Ocean, he says. “This makes the reserve an important sanctuary for marine life,” he adds.

He explains that the presence of seamounts and nutrient outcrops caused by Cromwell’s underwater current generates an incredible abundance of plankton (small floating animals) that sustains seabirds, sea lions and species that are difficult to observe in other parts of the world such as whales, sharks and marine turtles.

The reserve includes some famous sites for diving where you can observe groups of hammerhead sharks, giant whale sharks and stingrays, coral reefs and fish of all colors.

Like the Galapagos National Park, the entry points for the Galápagos Marine Reserve are the airports of Baltra and San Cristóbal.

Near the populated ports there are beaches, bays, lagoons and islets that can be visited, as the case may be, freely or by contracting the services of local operators authorized by the Directorate of the Galapagos National Park.

The most visited sites are accessed through specialized dive operators, some of which may include other activities, such as snorkeling or kayak tours, notes the Ministry. (I)

Feria de Durán, the most prominent asset of the first public auction of 2018