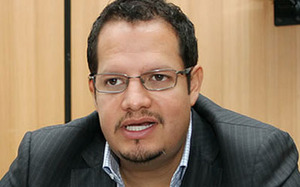 The Internal Security Deputy Minister Ecuador, Javier Cordova explained that due to the presence of networks of drug cartels of Mexico and Colombia in the country, Quito must adjust their anti-drug cooperation with these countries.

“Clearly these criminal groups have branches, they have their contacts in our country,” said Cordova before the public channel ECTV, indicating that there are “different cartels,” the Sinaloa (Mexico) and The Rastrojos (Colombia).

Cordova said that Ecuador has a permanent communication and coordination with Mexican authorities, just as with the U.S., Central America and Europe.

Recently in the Mexican state of Michoacán, the organized crime proved its military force when carried out an unusual attack on power facilities. The attack left without electricity 420 000 people the past weekend. This show of force is a clear challenge to the state.

Last Thursday, the Ecuadorian Minister of Interior, Jose Serrano, indicated that so far in 2013 Ecuador has seized 46 tons of drugs thus exceeding the 42 tons in 2012. In 2009 it set a new record after seizing 68 tons.