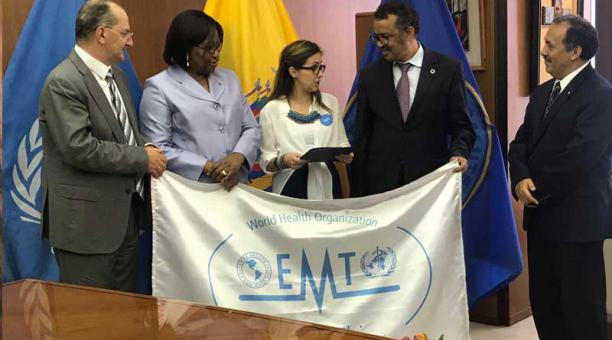 Ecuador’s Health Minister Verónica Espinosa received a certificate of qualification of two mobile hospitals and a surgical, medical unit in the country at the 29th Pan American Sanitary Conference, on Tuesday, September 26, 2017.

What does this certification mean? The country has an infrastructure for hospital admission and surgeries. Ecuador is the first country in the Americas and the sixth in the world to achieve this level II rating, according to the Ministry of Health. It was first obtained by Russia, Australia, China, Japan, Great Britain. (I)

Ignacio Vallejo: “The projection of losses of Tame rose to $ 20 million.”