Ecuador remains in third place in the Bolivarian games 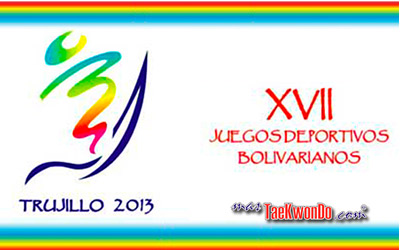 Tennis, weightlifting, surfing, cycling and swimming harvested medals and thus Ecuador remained yesterday immovable in the  third-place of the Bolivarian games 2013 which take place in Peru.

Esmeraldas weightlifter Seledina Nieves, consecrated until the close of the issue as the protagonist of the day for achieving three gold medals in snatch, boot, and total in the + 75 kg. Next to her was also the silver achieved by Rosa Tenorio, in 75 kg.

On Tuesday night, the swimmer from Cuenca, Esteban Enderica, added to the tricolor medals one gold in the 1,500 meter freestyle timing 15 minutes 24 seconds, which was also a new Bolivarian and national record.

In field Tennis, Gonzalo Escobar achieved a silver medal after losing in the final to Guillermo Núñez from Chile 3-6, 6-4, 7-6; While Emilio Gómez won  the bronze against the Peruvian Mauricio Echazú by 7-5, 2-6, 7-6.

In ladys, Doménica González defeated Bolivia Noelia Zeballos 6-2, 6-4, winning third place in the competition; while in doubles, again Gonzalez, this time teaming with Rafaella Baquerizo,  beat the Paraguayan favourites Verónica Cépède and Sara Giménez, 6-3, 2-6, 10-8. In the boys doubles final, Escobar and Gomez tired for their previous matches fell 6-2, 6-2, before Hugo Dellien and Federico Zeballos of Bolivia.

In cycling, the tri-color selection won silver in the speed test by  the team formed by Estefany Torres and Genesis Enriquez; while in males Jamil Intriago, Ricki Gordillo and Cristopher Samaniego got the bronze. In surf  Ecuadorian also won medals thanks to Isidro Villao, who won the bronze in the tournament of Longboard.

Ecuador will increase its production of oil