The Ecuadorian Foreign Ministry decided to apply for a visa to citizens of five countries. This morning, Saturday May 15, 2021, that entity reported that the rule will govern from next Monday . 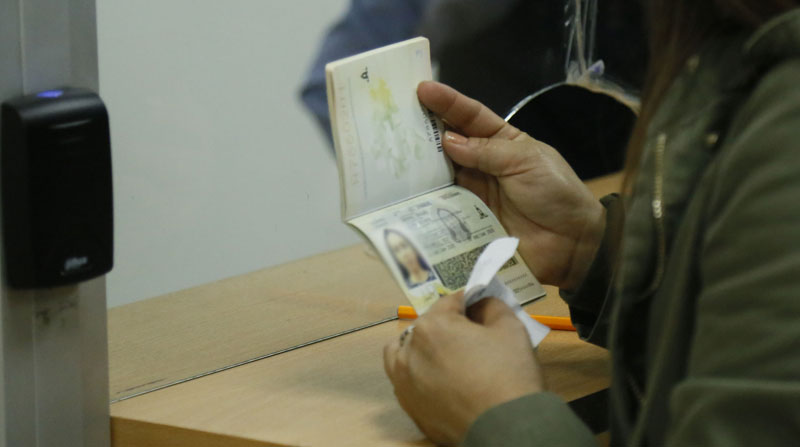 Referential image. Ecuador will request a visa from citizens of five countries.

The Minister of Foreign Affairs , Manuel Mejía , signed the ministerial agreement 80 on May 10 . In that document the visa requirement (prior to entry into Ecuador) citizens of states Haiti , Republic of the Congo , Mali , Coast of Ivory and Myanmar .

According to the Foreign Ministry , the decision responds to a technical analysis carried out in conjunction with the Ministry of Government , in which the development of migratory flows and the risks of migrant smuggling were evaluated .

There are exceptions . The Agreement indicates that those who carry diplomatic , official or special passports are excepted because they are subject to reciprocal exemption from visas based on the multilateral and bilateral agreements signed by Ecuador .

Faced with the decision, the Ecuadorian mission to the United Nations ( UN ) in New York informed the permanent missions of those five countries. The International Air Transport Association ( IATA ) was also communicated .