Ten months after the launch (June 2020) of the Emprende Fund state program, 90 entrepreneurs from different provinces of the country will receive financing to develop their projects. Winners will receive up to 80% non-refundable financing. 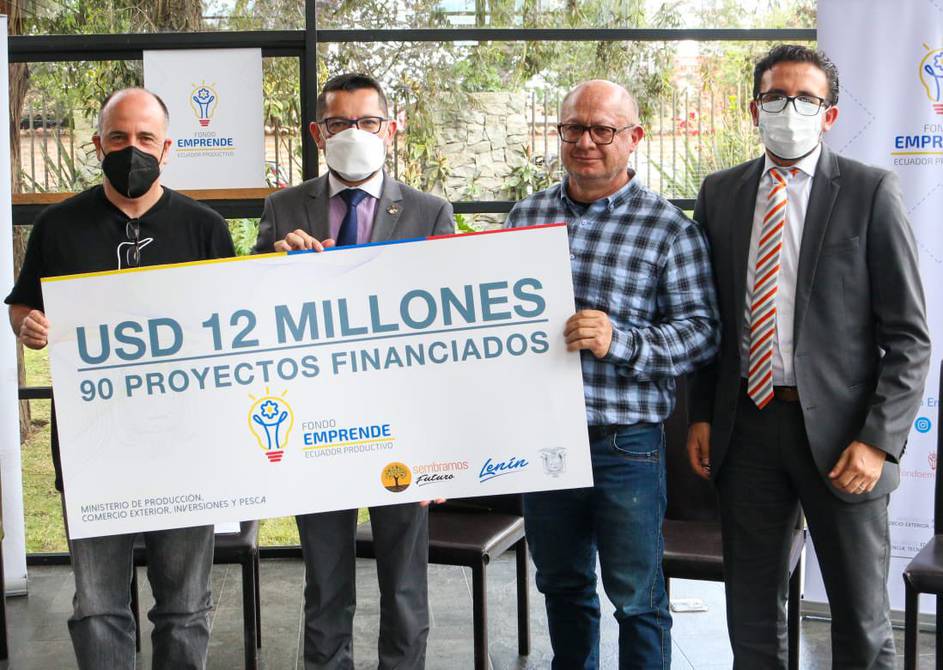 The projects were approved and will receive more than $ 12 million for their development. It is estimated that in 5 years they will generate 1,369 direct jobs and 5,476 indirect ones. Photo: Ministry of Production, Foreign Trade, Investments and Fisheries

This was announced by the Vice Minister of Production and Industries, Jackson Torres, who pointed out that, with the completion of the process of this program, more than $ 12 million will be delivered for the development of these ventures related to the sectors of technology, metalworking, tourism, fresh and processed foods, construction, environmental services, biotechnology, and transportation and logistics.

“One of the main axes of the Government’s management has been entrepreneurship. We made more than $ 10 million available initially, which would later become more than $ 12 million; all with the purpose of encouraging productive innovation in the country ”, explained Torres, who explained that these resources were segmented into different financing programs.

These are Capital Crece, focused on entrepreneurship or new ideas applied to productive development, with 58 projects financed for $ 9,572,721; and Capital Progreso, to promote existing companies and contribute to their expansion, with a project for $ 400,000.

Torres affirmed that it is estimated that in the next five years the winning projects will generate 1,369 direct jobs and 5,476 indirect ones. (I)